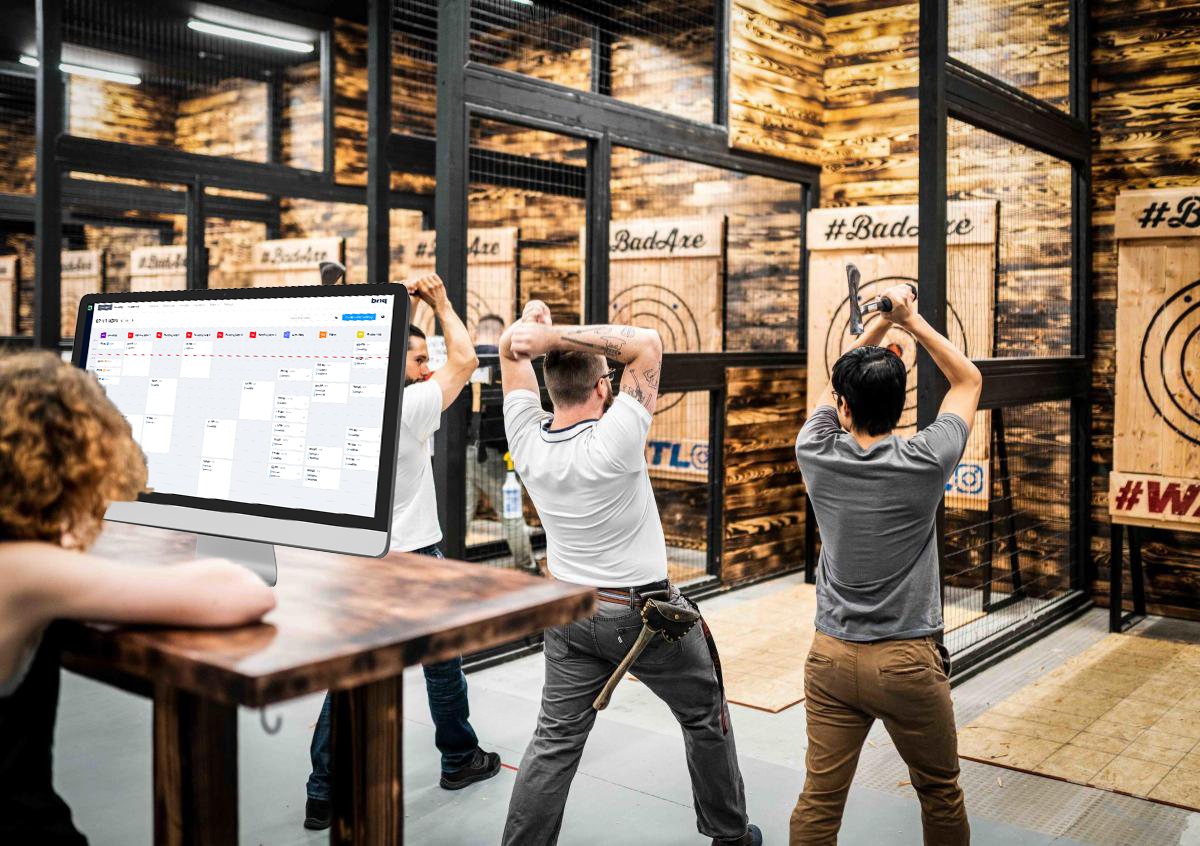 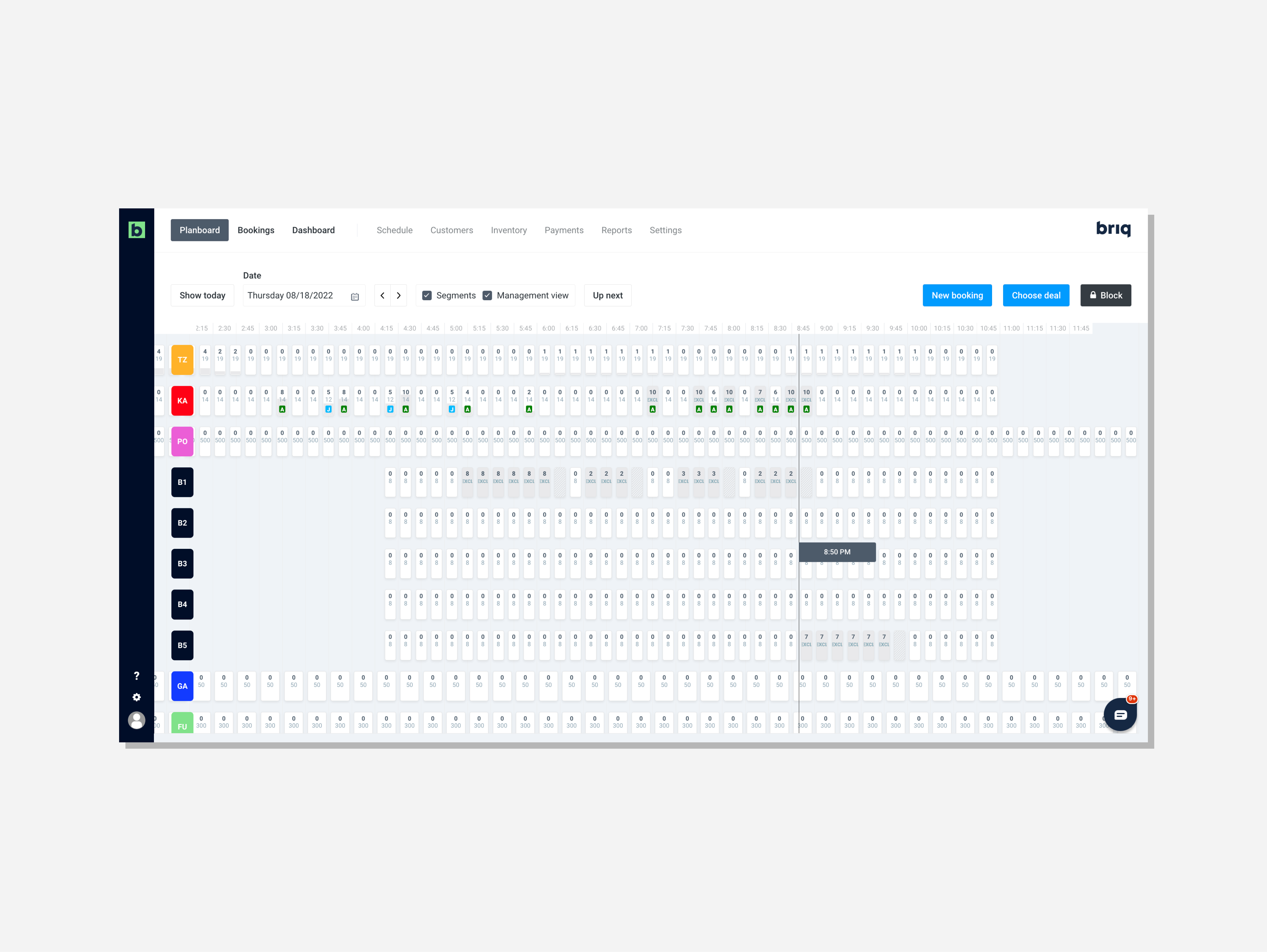 The planboard is a page in the Briq.app where merchants of an activity center can see who is doing which activity and when. This page should provide an overview to the merchant but is often also a start for receptionists to book activities when a customer calls the venue. So different user cases are connected to this page.

The current planboard was specifically created for activities that have one place where this activity takes place. Go-karting is something you do on a go-karting track. Other activities like laser tag, mini golf, and escape rooms often have similar behavior—this way, the planboard could give you an overview of multiple activities on one page. Briq decided to add the bowling activity to their portfolio. But soon, when these merchants were setting up their shop in Briq. They noticed that the planboard wasn’t working how they expected. Every bowling lane has its row on the planboard. Some of you know that some bowling venues have many bowling lanes, leading to an overcrowded planboard. This was the initial beginning of the project. The product owner and I heard about this problem from one of the customer service specialists, and we had time to work on this topic. We knew that this wasn’t the only problem with the planboard. Over time, you hear things from merchants and our colleagues. To create an overview of all these problems, we decided to have a round of stakeholder interviews and also a round of interviews with some bowling merchants. I took the time to prepare a script and plan the conversations. The product owner was there to observe and collect notes. After the interviews, we gathered several problems that this planboard had.

When the product owner and I heard these requests, we thought we needed to prioritize them immediately. This would help us prioritize and focus on the most critical problems. So we created a few three slices which issues we wanted to solve.

Because many bookings systems in the leisure industry seem to be created in the ’80 and never updated, I knew I had to look more to other similar systems. Like calendar apps from Google and Apple, I also looked at sites like bechance to see how they solve issues. 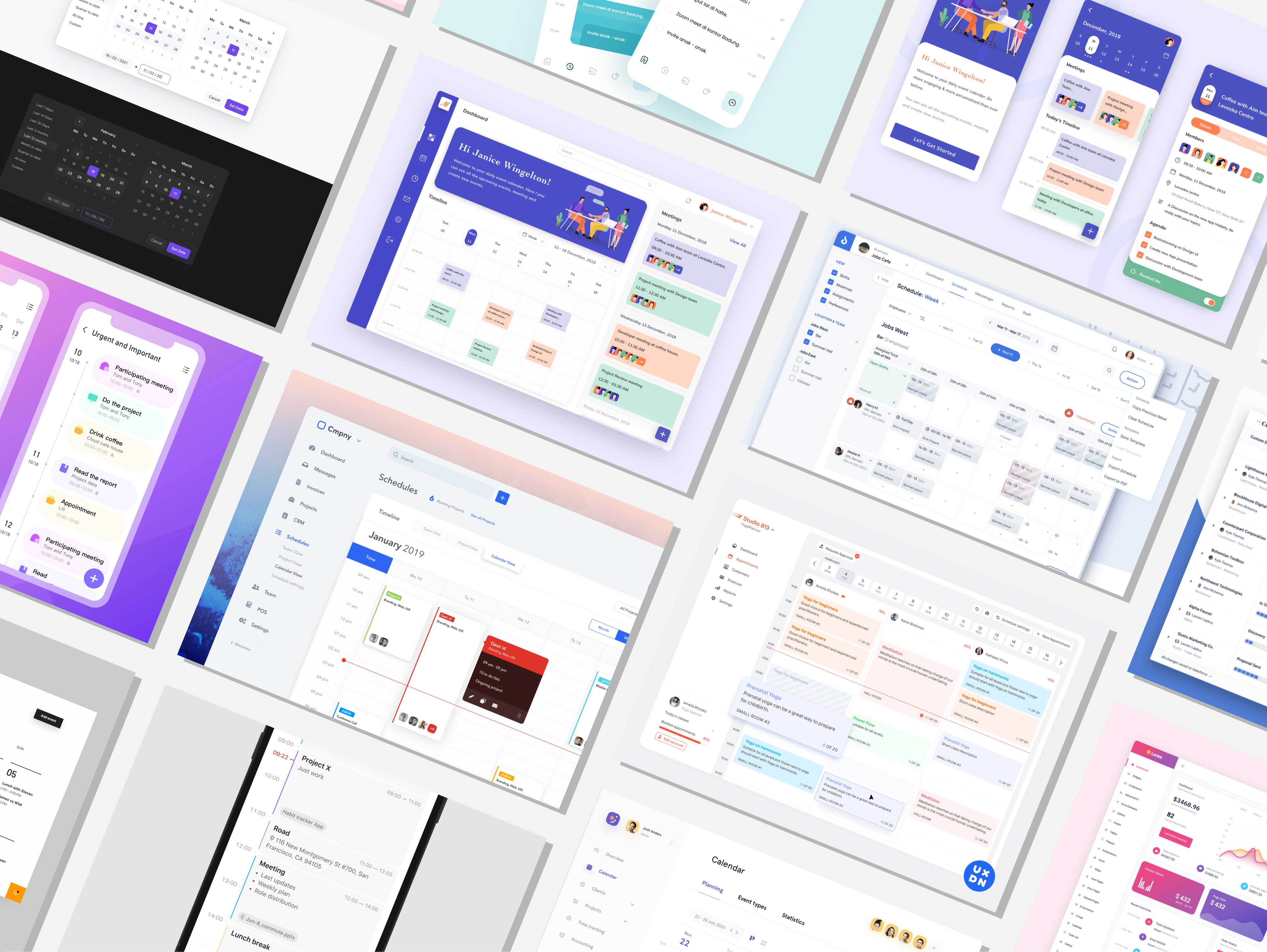 With the prioritization in my mind, I started sketching. At Briq, we use Figma as our design app, but ideally, you don’t want to work in an application that is more focused on creating high-fidelity designs. But because it was my application where I also collected all insights, explorations, and discussions, I really would like to be also able to sketch in Figma. But there is no native app of Figma for iPads. After some research, I noticed that other designers had the same problem. Fortunately, Nelson Taruc created a Medium article where you can use an app called Figurative to sketch in Figma. After some testing, I knew that this was something that could work. After I started drawing, I realized that I was able to make an exploration of every problem very easy. So I did that. Soon when I had something. I showed this to my product owner and a few developers. They liked these first sketches. It was time to update the company about our ideas. 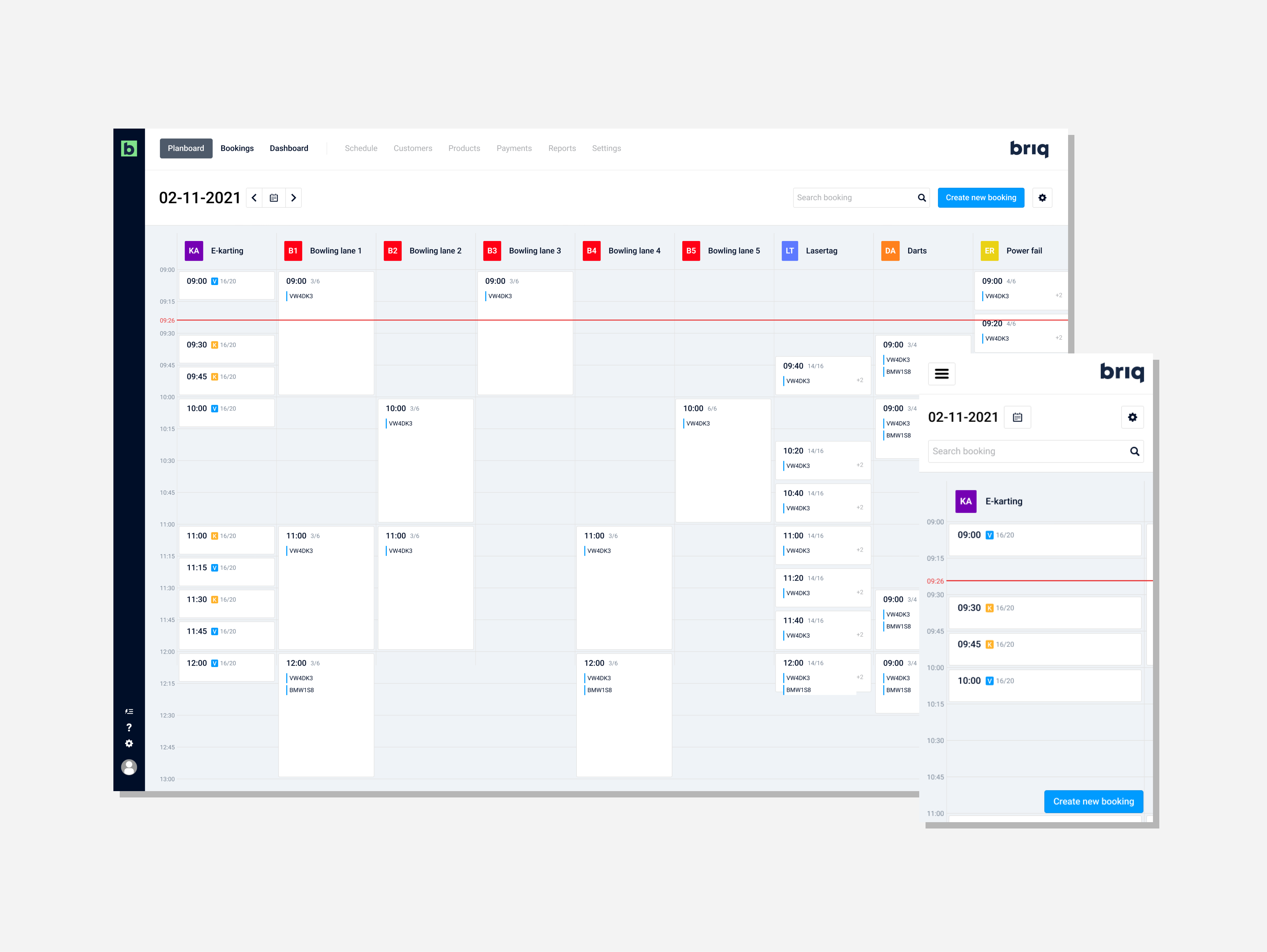 Going to the outside world

We knew a project requires a significant investment of time to make it good. Often we need to involve the most critical stakeholders to decide if we want to do this. So a tremendous visual was required to sell this idea, and a rough sketch would suffice for the smaller ideas. But we needed something to make the stakeholder enthusiastically about this idea. So based on conversations with the product owner, we selected a few core ideas: calendar-like, responsive, and easy to manipulate, and I made a visualization on one board. We showed this in our stakeholder meeting, and we got a go. Go to the next phase.

The concept was a great way to show the company what we thought when we said we wanted to redesign the planboard. But we also need to get feedback from our merchants. So I created some sessions where merchants were able to shoot holes into that idea. The biggest issue is that they say that some features were missing that they want to have. The most important was to see the status of a booking easily, so if this is a kid’s party or this one is already paid for. This was something we needed to add to our first version. This was the moment when a new UX designer came into the company. I took to onboarding on me to help her get productive as fast as possible. After the concept images and the feedback from the merchants, we started to make some iterations on this concept. Because development was updated along the way, we added some input they had. So when this came into the refinement, we could create user stories without problems. What was very nice!

In this project, I learned that the strength of a great, well-visualized idea could bring you a long way. With these massive projects, it's also essential to know what you fix, whom you are helping, and what this will mean for potential new clients. But when these things come together at the right moment, it’s satisfying to see a project like this come to fruition.
I also never had the opportunity to onboard a new designer. Briq was a company with one designer, me, so when someone new is coming, it forces you to make some more structure in the work so somebody else can adapt to it as fast as possible. I had the feeling that this went very well. I helped us have a good relationship in other projects, and eventually, you knew what you could expect from one another. What makes collaboration very lovely?